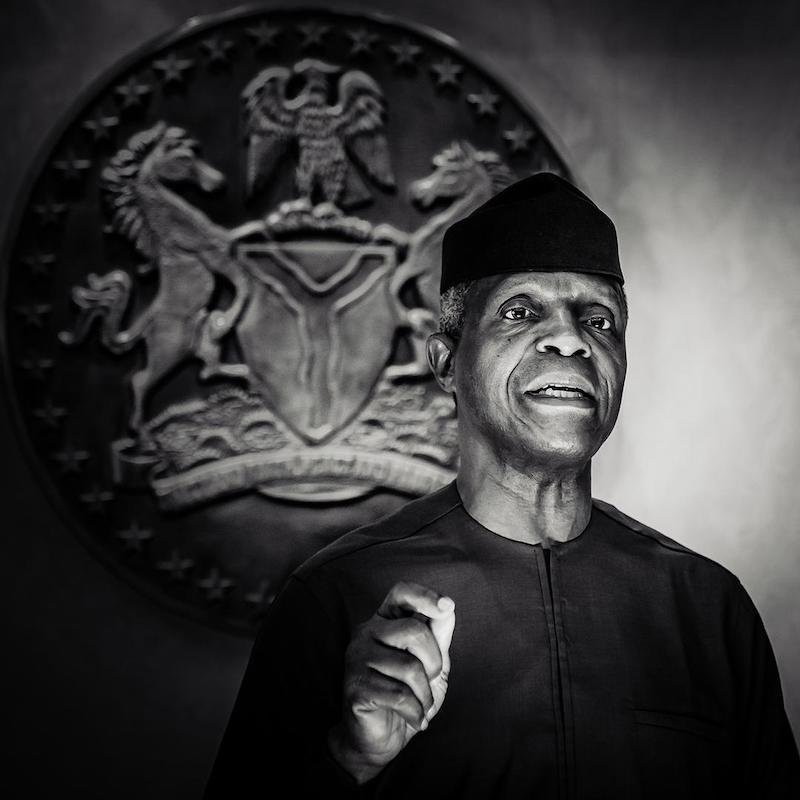 How To Resurrect Buried Prosperity Through Sustainable Mining

*Adds: “We must discourage export of raw minerals”

By effectively harnessing and maximising its plethora of wealth buried in the ground in various parts of the country through sustainable mining, Nigeria will not only become less dependent on crude oil as a major revenue earner, millions of job opportunities will be created for Nigerians, among other benefits to the economy, according to Vice President Yemi Osinbajo, SAN.

Prof. Osinbajo stated this on Thursday at the maiden edition of the (virtual) Strategic Engagement on Sustainable Mining Titled: Resurrecting Our Buried Prosperity in Abuja.

In his recorded keynote address delivered at the Conference, the Vice President added that effective collaboration among all levels of government to ensure the proper regulation of mining activities will ensure that the country fully reaps the rewards from its largely untapped wealth.

“This engagement is one that could be a game-changer for mining in Nigeria, and it could mean a new era of huge earnings and prosperity for our people from our mining resources. But this will only happen if we adopt a collaborative and cooperative approach. If we work together, we will reap far more than we could ever gain by working alone.”

Making a case for the development of the Mining sector to drive national development, the Vice President referenced the huge iron ore deposits, gold, bitumen, tin, coal, among other precious minerals deposits in different parts of the country.

He stated that sustainable mining activities, will further help reduce the country’s dependence on crude oil to grow a productive and competitive economy, noting that with deposits in excess of 42 billion tonnes, Nigeria has the second-largest bitumen deposit in the world and almost twice the country’s oil reserves.

He added, “How about iron ore? We have the 12th largest iron ore deposit in the world, more than 3billion tons. Besides, the Nigerian Geological Survey Agency (NGSA) confirms that Nigeria has over 44 mineral deposits in commercial quantities in over 500 locations across the 36 States and Federal Capital Territory of Nigeria. These minerals range from industrial and energy minerals, such as iron ore and coal, to gemstones, including sapphires, rubies, and emeralds.

“So buried in the ground in various parts of Nigeria are riches that could ensure that no Nigerian is unemployed, underfed, or neglected. And this is not mere speculation because, before the discovery of oil, Nigeria developed its infrastructure, roads, rail, dams, provided free education in the western region for example, from the proceeds of minerals, agriculture and taxes.”

“It is clear that unless we get the management of our solid mineral resources right, we would continue living in the terrible paradox of suffering in the midst of plenty. The problems are numerous but solvable. The principal issue is that of the challenges of implementing the regulatory framework,” he said.

Prof. Osinbajo added that the Buhari administration has taken some major steps to further develop the country’s Mines and Steel sector, including in the areas of security.

He said, “as part of the the Federal Government’s post-COVID-19 efforts to preserve existing jobs and create new opportunities, N6 billion was approved for the Mining Sector under the current Economic Sustainability Plan (ESP), for the development of Mineral Processing Clusters across the six geo-political zones of the country to promote large-scale investment in mineral exploitation.”

“On security in mining areas, as part of broad efforts to re-engineer the national security architecture to more efficiently confront our challenges, the President recently approved a raft of measures aimed at ensuring the security of mining concerns and mining sites.

The VP further said these measures, which will be driven by the Office of the National Security Adviser in concert with the Ministry of Mines and Steel Development, “will be hugely significant in creating an enabling environment for the growth of the sector.”

He added, “There must also be a framework for ensuring that environmental degradation is remedied.

“We must discourage the export of raw minerals. Refining, processing, or beneficiation is the only real way to maximize our mineral wealth and create good-paying jobs and opportunities for our people.”

While commending the Ministry of Mines and Steel Development, the Hon. Minister, Arc. Olamilekan Adegbite; and the Minister of State, Mines and Steel, Dr. Uche Ogah, for driving the initiative, the Vice President urged that the strategic “engagement should lead to the production of or the fine-tuning of a clear working document that spells out with clarity the roles and responsibilities of each party, the FG, the States, the Local Governments, and the mining communities.

“Even where these roles and duties have been defined in existing legislation, this is an opportunity to simplify the language, explain the relationships, take input on implementation concerns, and get everyone’s buy-in,” he said.

The conference was organised by the Federal Ministry of Mines and Steel Development.