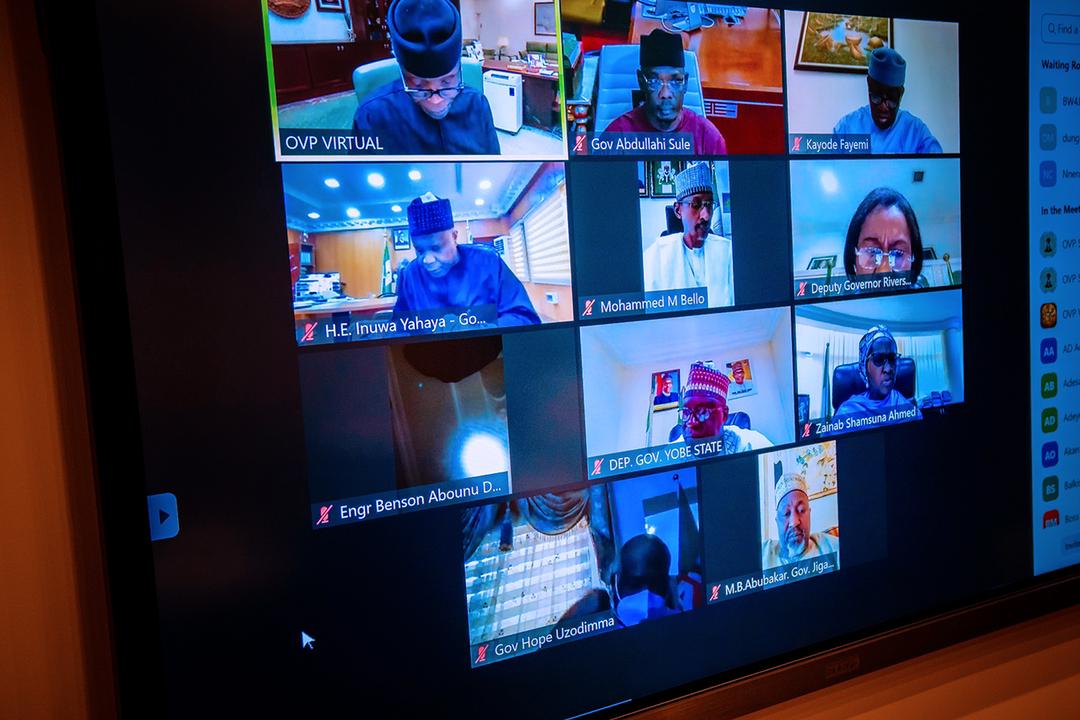 Ahead of next week’s Sallah festivities, the National Economic Council is urging for strict adherence to the COVID-19 response guidelines across the country, after receiving a regular state performance report from the Nigeria Centre for Disease Control (NCDC).

According to the report, the Coronavirus positivity rate has gone up in the country just as 3 cases of the Delta variant have now been detected.

This disclosure was made today at the Council’s 118th meeting, which held virtually and was presided over by Vice President Yemi Osinbajo, SAN, with State governors, federal ministers, the Central Bank Governor, and other senior government officials in attendance.

The Council received the state performance report on COVID-19 from the Director-General of the Nigeria Centre for Disease Control (NCDC), Dr. Chikwe Ihekweazu, who noted that the Delta variant is a new variant identified in 103 countries and is 60% more transmissible than the highly infectious Alpha variant which was previously identified.

The NCDC, therefore, urged the Council to ensure the sustenance of effective COVID-19 response nationwide, while improving public health awareness, adherence to public health, and social measures. The agency also called for the re-activation and sustained functioning of isolation centres as proactive preparatory measures towards tackling a possible third wave.

The Council was also briefed by the NEC Ad-hoc Committee interfacing with the Presidential Task Force (PTF) on COVID-19 to ease the lockdown of the economy. According to Dr. Ifeanyi Okowa, Delta State Governor and Chairman of the Committee, with the emergence of the Delta variant in Lagos State, there has been an increase in monitoring activities at entry points across the country.

The Committee noted that State Governors will continue to monitor the situation for the next one week to see if there will be need for an emergency Ad-hoc committee meeting on the situation.

The Council also received an update on cholera cases in some parts of the country.

Also today, the Council received and discussed the initial report of its Ad-Hoc Committee interfacing with the Nigeria National Petroleum Corporation (NNPC) on the complete deregulation of the downstream sub-sector of the industry, and appropriate pricing of Premium Motor Spirit (PMS). Observations and comments were made and it was resolved that an updated version will be submitted by the Committee inclusive of observations raised at today’s meeting and then an updated report be made to the National Economic Council (NEC) for further action.

This resolution comes even as the Council noted that the Federal Government is working out modalities of providing Autogas conversion kits, and Compressed Natural Gas (CNG)/ Liquefied Petroleum Gas (LPG), mass transit buses to major cities nationwide as cheaper alternatives to PMS/petrol for transportation and fuel.

In the same vein, the Council received updates on the FG Budget Support Facility to States as the Minister of Finance, Budget and National Planning informed the Council that with the agreement reached on the matter with the CBN providing a bridge financing facility to the States, deductions from State Governments will now commence from July.

Regarding panels of inquiries in the States on EndSARS protests, Vice President Osinbajo noted that a number of States had submitted their reports and more reports are being awaited. He encouraged State governments to turn in the reports while noting that the panels are still sitting in some States.

According to the VP, the Council will have a full consideration on the reports from the States, make a compilation of the reports and review the implementation options.

So far, reports have been received from Ekiti, Enugu, and Nasarawa while more reports are being awaited.

In addition, the Council received a presentation on Flood Disaster Risk Management in Nigeria for 2021 by the Honourable Minister of Humanitarian Affairs, Disaster Management, and Social Development, and the Director-General, National Emergency Management Agency (NEMA).

It urged State Governments to take proactive and necessary mitigative measures in addressing the envisaged 2021 flood disaster in the midst of the COVID-19 Pandemic while encouraging relevant Federal Ministries, Departments, and Agencies (MDAs) to take necessary actions.

The Minister of Finance, Budget and National Planning gave the Council an update on the underlisted accounts as follows: