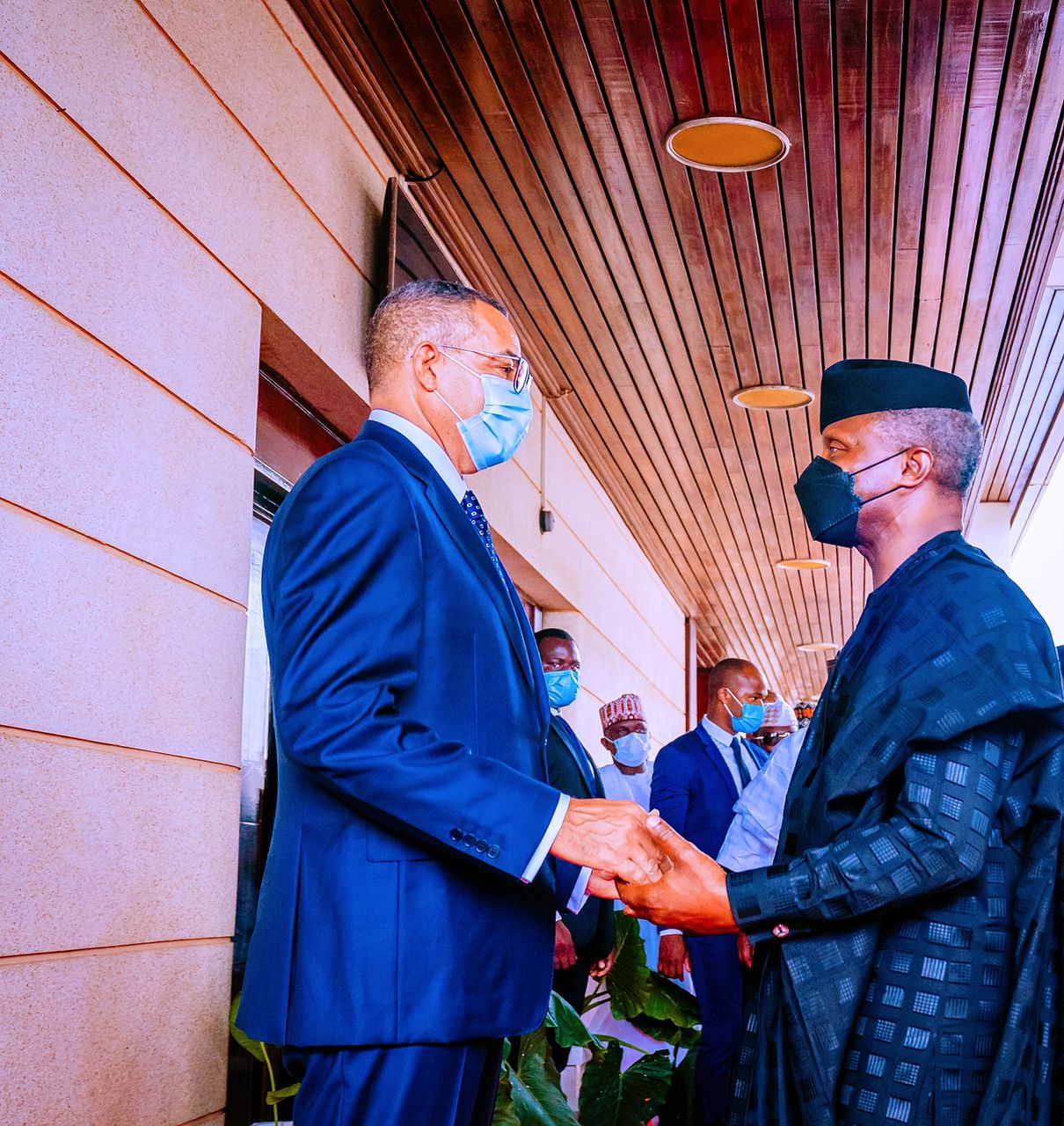 Nigeria’s relationship with the twin-island Central African nation of Sao Tome and Principe has been growing over the years and would even now be further strengthened.

The event which held at the country’s Parliament Building was attended by leaders from Africa and Europe. Besides Prof. Osinbajo who represented President Muhammadu Buhari, other leaders who graced the swearing-in ceremony include the President of Portugal, Mr. Marcelo Rebeto, the President of Guinea-Bissau, Mr Sissolo Embalo, the Vice President of Angola, Mr. Bonito De Sousa, and other dignitaries.

The inauguration was also witnessed by the immediate past President, Mr Evaristo Carvalho, and the Prime Minister of São Tomé and Principe, Mr Jorge Bom Jesus.

“We think that São Tomé and Principe is an important partner and we have a very strategic relationship which is why we are here not just to felicitate with the new President, but to re-establish a relationship, a relationship which by the way has been growing from strength to strength over the years, ” Prof. Osinbajo said when accosted by the Press right after the swearing-in ceremony.

He noted that both countries are now “looking at strengthening bilateral relations because of the strategic partnership between the two countries.”

According to the Vice President “we have a joint development arrangement especially with respect to the oil and gas sector where we share a common interest.

“We are also looking at strengthening relationships in other respects [such as ] hospitality, agriculture and all of that.”

While felicitating with the new President, Prof. Osinbajo expressed Nigeria’s readiness to re-establish stronger ties with the island country.

Vice President Osinbajo was accompanied by the Foreign Affairs Minister of State, Ambassador Zubairu Dada, and joined by some members of the House of Representatives including Hon. Hafiz Kawu, as well as Nigeria’s Ambassador to São Tomé and Principe, Mr. Christopher Chiejina.

Later, the newly sworn-in President Vila Nova held his first bilateral meeting as President with Vice President Osinbajo at the Presidential Office in Sao Tome city, where both leaders exchanged pleasantries and expressed readiness to deepen diplomatic and economic relationships.

Prof. Osinbajo has since returned to Abuja.