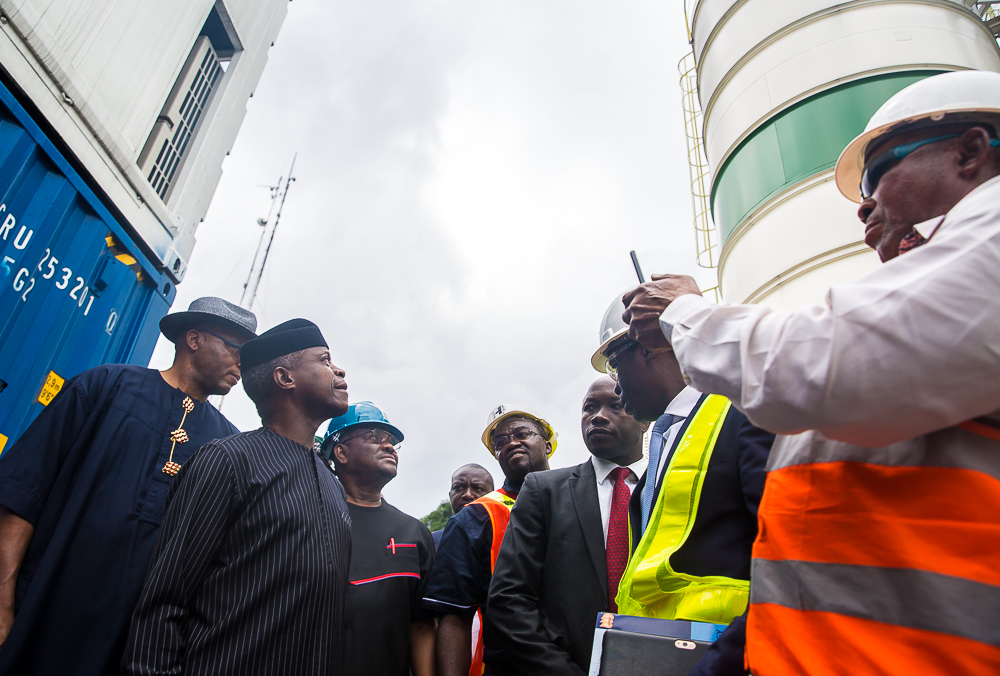 Prof. Osinbajo, who stated this today at the commissioning of the Port Harcourt Dockyard Liquid Waste Treatment Plant in Rivers State, said  “a successful public private partnership, private leadership in major aspects of the economy and encouraging private capital investment is more strategic and important.”

Noting that “government cannot fund all public infrastructure,” the Vice President stated that the Ease of Doing Business initiative of the Buhari administration was to encourage public-private investment and make the country more attractive to investors.

“You are all aware of our Ease of Doing Business agenda, with the goal of making Nigeria one of the easiest and most attractive places to trade and invest in the shortest possible time. We are well on our way there,” he said.

The Vice President Osinbajo commended African Circle Pollution Management Limited, the company that built the Liquid Waste Treatment Plant, for being wholly indigenous, while referring to its growth over the years.

Continuing, the VP said, “I am told that the company has invested more than $8 million in this fully automated liquid waste treatment plant; in fact, that all its investment so far here in Nigeria is somewhere in the area of $37 million. The construction of this modern waste treatment plant is in fulfillment of the provisions of the agreement the company signed with the Federal Government through the Nigerian Ports Authority (NPA).

“In line with that Built, Operate and Transfer agreement, the African Circle Limited agreed to build this facility in accordance also with the IMO MARPOL 73/78 convention: to provide facilities for liquid and solid waste created on both vessels for the navigation districts of Lagos, Port Harcourt, Warri, Calabar and Onne. The agreement, I’m told, is for a period of 20 years, and with the expiration of that period the facilities would be handed over to the NPA.”

The VP noted that the Plant complements the Federal Government’s remediation efforts in Niger Delta.

He said, “While this is a facility to treat waste generated on vessels, it is also a wonderful complement to the more general work on the environment which we are currently doing expressly regarding the clean-up of Ogoniland and the innovative connective solutions to ending gas flaring as developed by the NNPC.

“We would no longer be a country defined by the size of pollution challenges, but instead by the wholeness of our remediation response and, even more importantly, our preventive action.”

While reiterating the Federal Government’s commitment to a sustainable development agenda, the VP added, “barely two years ago, we demonstrated our commitment to supporting environmentally friendly projects by the launching of a first sovereign green bond in Africa and the fourth in the world.

“The proceeds of the bond is to finance environmentally friendly projects in afforestation, renewable energy and the formation of green energy, enabling Nigeria to reduce its CO3 emission by 40 per cent by the year 2030.”