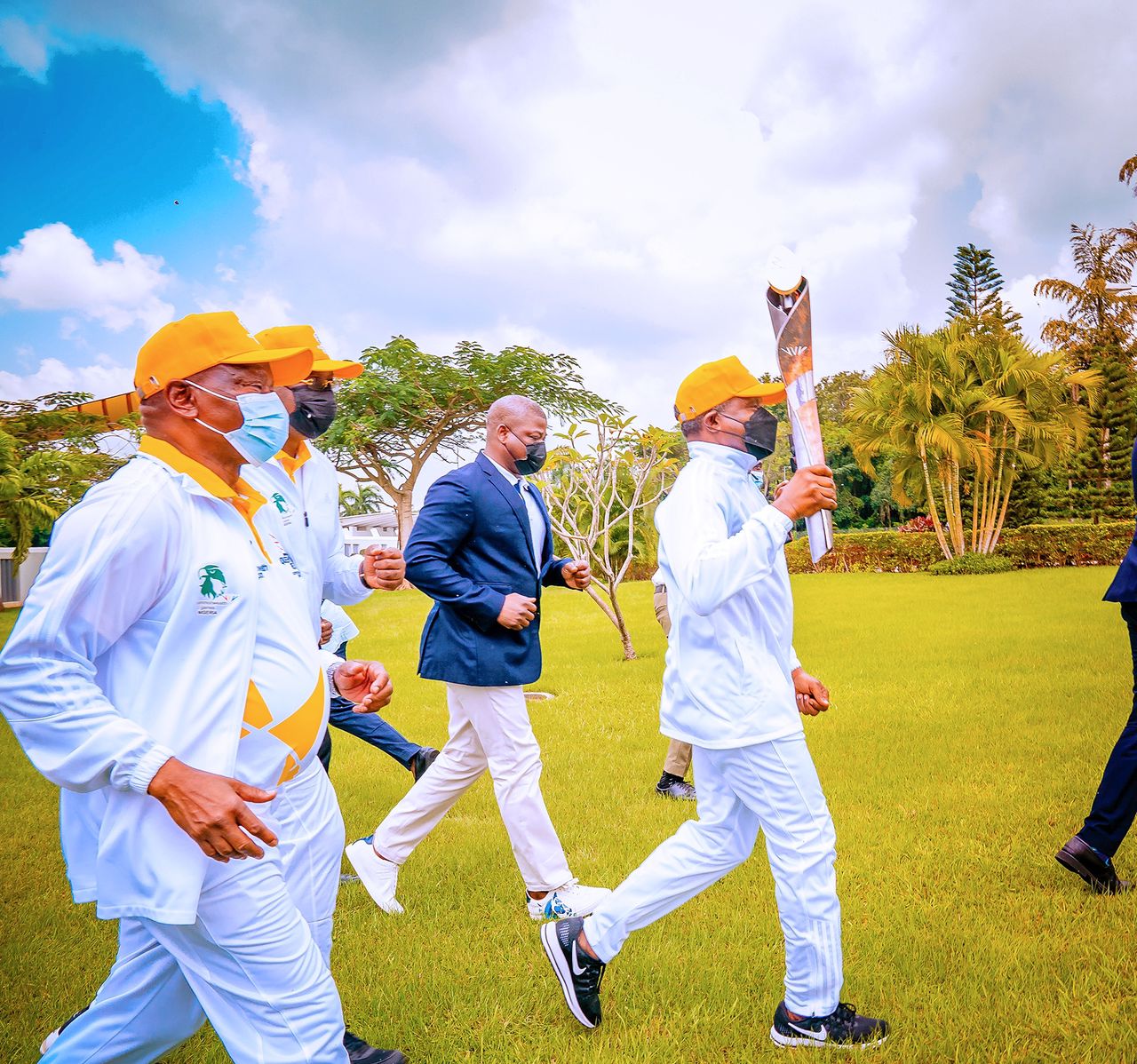 Nigeria took its turn in the Queen’s Baton Relay ahead of the Commonwealth Games coming up next year in Birmingham as Vice President Yemi Osinbajo, SAN who received the Baton on behalf of the President, reminds member-nations of the strong bonds uniting the 72 countries and territories that are members of the international body.

The Vice President represented President Muhammadu Buhari at the event held at the Presidential Villa, where the Queen’s Baton, the equivalent of the Olympic Torch was passed on.

According to Prof. Osinbajo, “as the relay goes from one Commonwealth member-country to another in its journey across several continents, the two billion-strong population of the commonwealth are reminded of the strong bonds of brotherhood and friendship that bind us across these continents, nations, races, tongues, and faiths.”

The Vice President noted that the Queen’s Baton Relay “is a much-loved tradition which precedes every Commonwealth games. A Baton carrying Her Majesty’s message of goodwill to the Commonwealth goes on a 90,000-mile, 72-country journey to end at the Birmingham 2022 Commonwealth Games.”

The VP commended the relay team for their cheerfulness and dedication to the tour covering thousands of miles, and the organizing committees for the hard work in seamlessly delivering this relay event.

While also commending “the athletes who will bring excitement and thrill to millions at this festival of sport and culture”, Prof. Osinbajo acknowledged the achievements of Nigerian athletes at the Games since inception.

“Nigerian athletes will join their brothers and sisters at the Games, as we have done at several of the Games since we first attended in 1950, when Joshua Majekodunmi won our first medal in the high jump event.

“Since then, our athletes have won no less than 236 medals at the games! We are set to do much better in Birmingham.”

Dignitaries at the event included the Minister of Youth and Sports Development, Mr. Sunday Dare; the British High Commissioner to Nigeria, Ambassador Catriona Laing; and President of the Nigeria Olympic Committee (NOC), Engr. Habu Gumel, among other top officials.

From Nigeria, the Queen’s Baton will be going to Gambia on the 20th of October. Previously the Baton had been to Cyprus and Malta before coming to Nigeria.