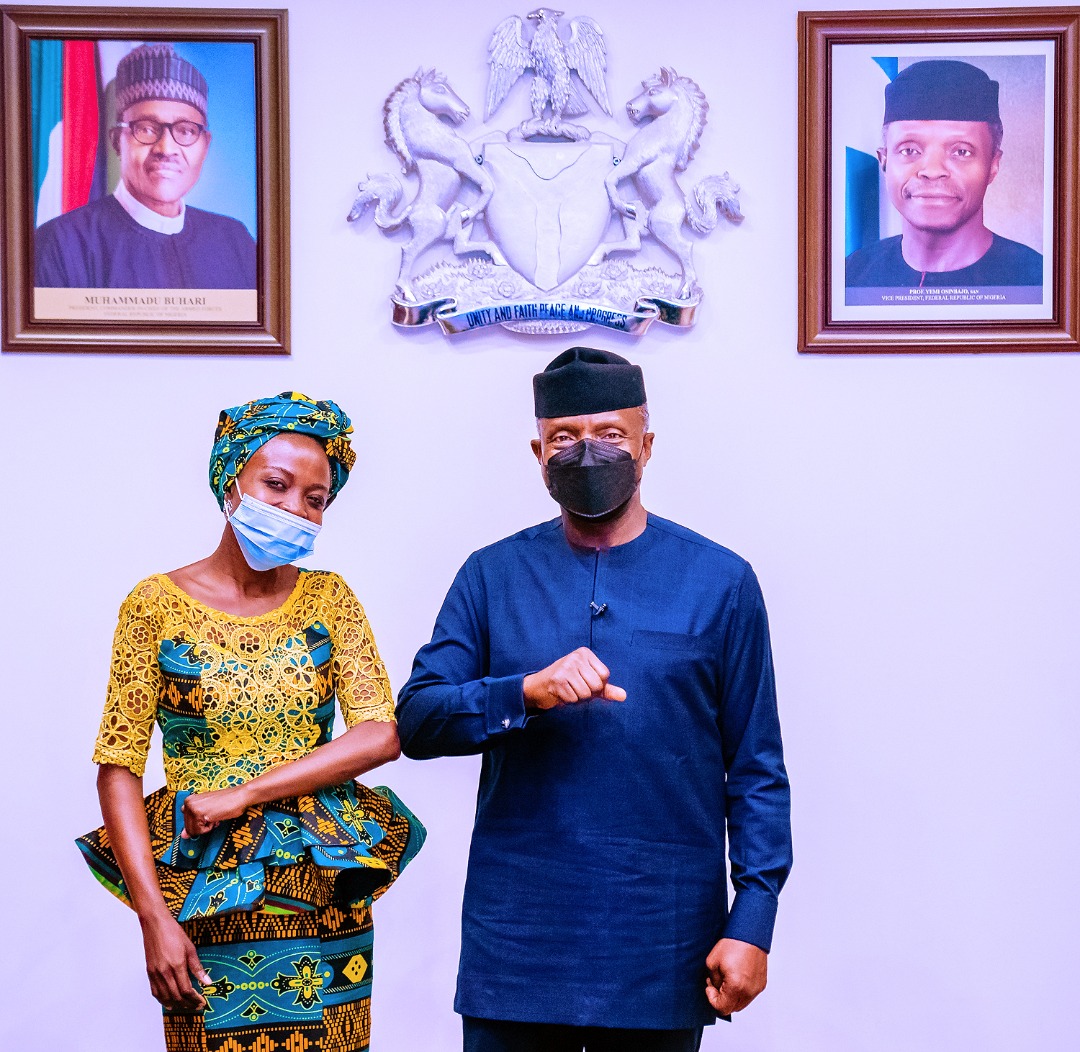 In commemoration of the World Teachers’ Day – Tuesday, past students of Vice President Yemi Osinbajo, SAN, have spoken about his contributions to, and impact on their lives and career paths, just as the VP himself welcomed the teacher of the year, Ms. Oluwabunmi Anani, to the Presidential Villa and sent a video greeting to all Nigerian teachers.

Several of Prof. Osinbajo’s law students, many of whom are today distinguished scholars and legal practitioners, unknown to their teacher, had produced a short video speaking glowingly of him; and many more among them also joined a virtual event celebrating the law teacher who started teaching in 1981 at the University of Lagos (UNILAG). Osinbajo himself was only 24 then.

At different periods spanning the 80s, 90s, and 2000s, Prof. Osinbajo was a lecturer and then Senior Lecturer of Law at UNILAG, Professor of Law and Head of Department of Public Law at the University. He also taught Law at the Lagos State University.

In a heart-warming 5-minute video which trended on Tuesday on different social media platforms, Osinbajo’s former students and alumni of UNILAG, each recounted how his lectures made them better students and successful career professionals.

According to his students, Prof. Osinbajo was a brilliant and excellent teacher.

The Vice President’s old students recalled memories of how he taught the Law of Evidence, with most of them observing that the then young, charming lecturer delivered lectures, quoted legal authorities and citations without using notes.

Among some of the former students of the VP who spoke in the video and at the virtual meeting yesterday were Prof. Fidelis Oditah, QC, SAN; Supreme Court Justice John Inyang Okoro; Mrs Bimbo Akeredolu, SAN; Mr. Wahab Shittu; Major-Gen (rtd). Pat Akem-Vingir; Prof. Adesoji Adesugba; a member of the House of Representatives, Hon. Iduma Igariwey; and the Deputy Chief of Staff in the Presidency, Mr. Ade Ipaye.

There was also Mrs. Toyin Odusanya, who noted that Prof. Osinbajo also lectured her daughter. Ogun State Attorney-General, Gbolahan Adeniran, also spoke on the video, noting that the VP mentored and taught that it is the duty of Attorneys-General to ensure that “justice is placed at the heart of governance.”

Earlier before the surprise video, the VP had earlier received the Maltina Teacher of the Year 2020, Oluwabunmi Anani, and members of the Nigerian Breweries Limited, NBL, who sponsored the award. While celebrating the teacher based in Adamawa State, Prof. Osinbajo told her, “you have done us proud, as teachers; by your passion and commitment. (Unlike you) many people end up teaching because they have no choice.”

He continued “But teaching is the most important because everyone is a product of teaching. We have to find a way to promote that notion, which is why the NBL initiative of the Maltina Teacher of the Year is good. We need more support for this kind of initiative so that teachers will be appreciated.

“We also have to invest more in teacher training and advancing the works of teachers in various ways. If a teacher is well-trained, he or she will have greater esteem and attract other people.”

He added that while he shares the view that teaching is a calling, “we must find a way to make it more interesting.”

The VP then said the Federal Government will do its part to ensure that teachers are better rewarded.

According to him “the President is concerned about improving the lots of teachers, but States have a role to play.” He disclosed that there were also moves to employ teachers into the public service starting from level 8 as against level 7.

Already, he said, “the Federal Government, on its part, has been doing a bit of work in trying to improve the lot of teachers. For example, there is a policy now, though not a law yet, it is still in the National Assembly, about moving the retirement age of teachers in the public service from 60 to 65. That’s an additional five years; then we are also looking at their remuneration.”

The VP then prayed for the Teacher of the Year, saying “God will help you as you help so many. You will not be disgraced in Jesus’ name.”

The Maltina Teacher of the Year Award, which aims to recognize and celebrate exceptional teachers in Nigeria, is open to teachers in all secondary schools across the country. While State Champions that emerge from the 36 States and the FCT are recognised and rewarded, the overall National Winner is picked from these State Champions after further assessment.

Anani, the current holder of the title, was accompanied on the visit to the Presidential Villa by Uzodinma Odenigbo, Head of Public and Government Affairs, Nigerian Breweries Limited.

After receiving Anani and later watching the suprise video, Prof. Osinbajo expressed excitement at the gesture of his former students, saying that teaching was something he did effortlessly because of his passion for it.

“I certainly did not except to be celebrated in this way. Yesterday when I was doing a video recording for the Teachers’ Day, I was saying, well, I must be close to 40 years; I didn’t realize that it was 40 years since I started teaching.

“But I am deeply grateful to all of you for the very kind words; your very generous remarks about me, about my humble efforts to pass information to you.

In the VP’s own video to mark the World Teachers’ Day, he recalled how his teachers and lecturers positively impacted his life and career.

Thanking all teachers for their contributions, he said in the video, “on this special day, the World Teachers’ Day, I’d like to thank all teachers in this nation, wherever you may be; whether you are in a village or in the city or in town, I like to wish you ‘Happy Teachers’ Day.’