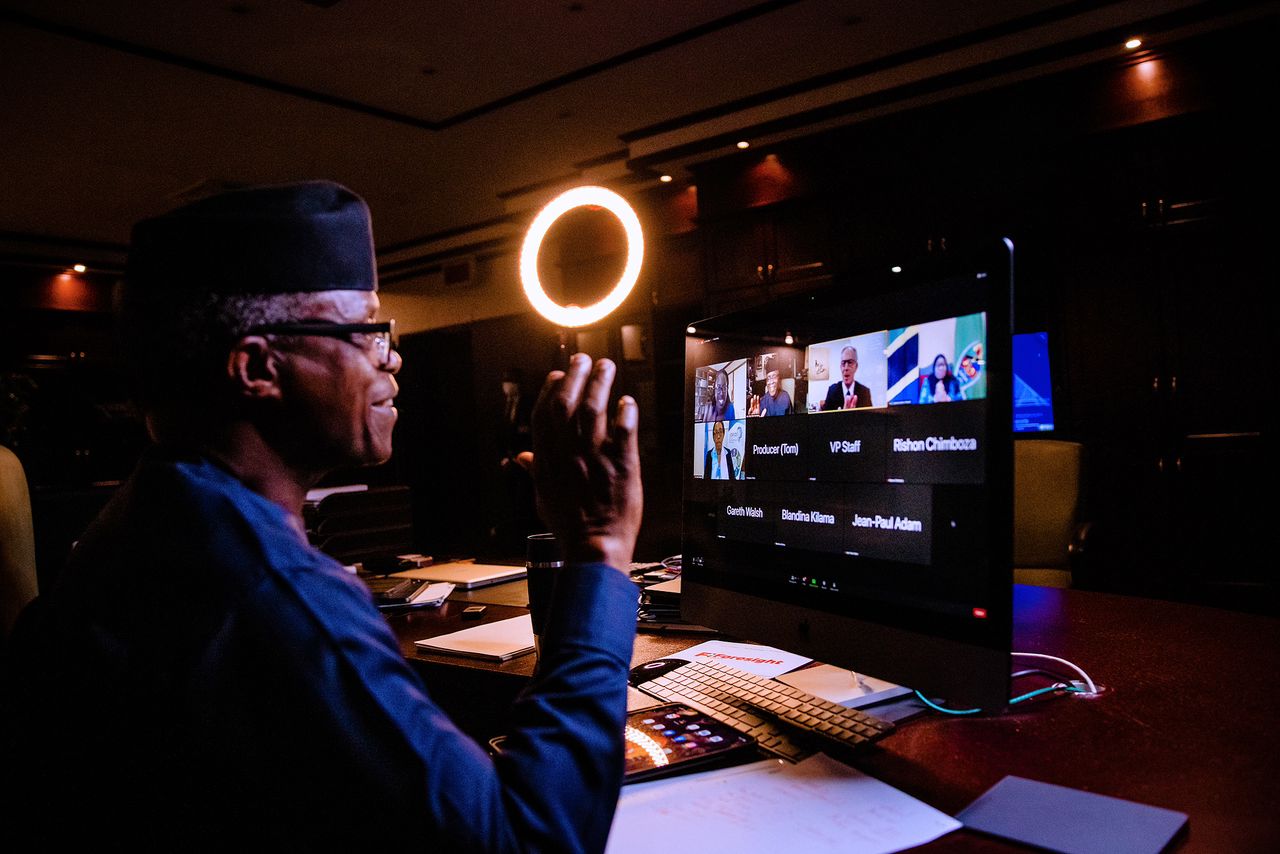 *Gas should be a transition fuel, says Tony Blair

A few days to the commencement of the COP26 holding in the United Kingdom, Nigeria’s expectation is that more developed countries will change the direction of the conversation around energy transition in favour of Africa at the global summit, according to Vice President Yemi Osinbajo, SAN.

He stated this yesterday at a virtual panel discussion on “A Just Transition: Balancing Climate Mitigation with Africa’s Development”, organized by the Tony Blair Institute for Global Change.

With him on the panel were the President of Tanzania, Samia Suluhu Hassan, the former British Prime Minister, Tony Blair and the Executive Secretary of the United Nations Economic Commission for Africa, Dr Vera Songwe.

The COP26 summit, scheduled to hold in Glasgow, Scotland, from October 31 – November 12, will bring the global community together to accelerate action towards the goals of the Paris Agreement and the UN Framework Convention on Climate Change.

Talking about the expectations, Prof. Osinbajo noted that conversations at the forthcoming Climate Change Conference in Glasgow, Scotland, must be tilted in favour of Africa, as “the conference will be an opportunity to engage and change the direction of the current conversation especially as it affects Africa.”

According to him, “it is an opportunity to talk, to engage, and I think that we really need to engage. I think we need to just change the direction of the conversation especially as it affects Africa and then talk in concrete terms about what the implications of net-zero emissions by 2050 or whenever, will mean for Africa and the world.”

The Vice President also explained that Nigeria already has a plan for the transition. “We drew up an energy transition plan and we are probably one of the few developing countries to have drawn up a plan and try to cost the plan. This is why we have the figure of $400 billion.

“If you look at what can work, we are looking at Nigerian Climate Change Finance Facility. There’s one which we are working on at the moment with the African Finance Corporation, AFC, and ARM Harith; we are trying to create that facility. We think that we could mobilize up to $10 billion to finance local green projects.”

Continuing, Prof. Osinbajo said, “the Federal Government is also on the verge of operationalizing an InfraCo, a N15 trillion Infrastructure Fund which could have a dedicated green finance component as well as projects to reduce emissions from main pollutant activities in Nigeria.”

“There are other initiatives that we are working on, and one of those is being able to exploit our gas resources for as long as it is possible because it is an important issue for us and thereafter, a diversified economy, especially around technology. That would help us a great deal in being able to secure a significant amount of money,” the Vice President added.

Earlier in his submissions, former UK Prime Minister, Mr Tony Blair called for a new partnership with Africa on Climate Change, noting that “it is going to be necessary to use gas as a transitional fuel, and doing that is essential, not only for development, but also for the environment.”

He said the partnership will also “help put the projects for clean energy and development in Africa on an investable footing. When people invest in Africa, the rates of returns are very good and the risks are not as great as people think they are.”

Aligning his thoughts to views expressed by Mr Blair, the VP said “it is an important forum to talk about what we really could do in concrete terms.

“I really like the idea of a new partnership with Africa on Climate Change because a lot of the conversations going on about climate change are over the heads of many of us in Africa because the issues that concern us are not on the table.”

Speaking about a plan that would work for Africa, Prof. Osinbajo said “if we say the current arrangement isn’t going to work, what practical plans do we have on the table, how will it be funded?

“Some of what has been said already, especially about investible projects and making sure that we are able to tie this to investments so that it makes business sense, and makes commercial sense. And it is not just a situation where people are being asked to make significant commitments at a time when everyone is a bit irritated by the aftermath of the pandemic and people are being asked to make commitments that they won’t live up to.”

Regarding financing for African countries to transition to cleaner energy, the President of Tanzania, Samia Suluhu Hassan stated the need for developed countries to keep their commitments. According to her “we are expecting the world to come to our aid for financing so that we can implement the adaptation processes with climate change.

“Tanzania has been severely hit by effects of climate change, but then the adaptation process needs a lot of money that developed countries have not given to developing countries like ours. We have been trying to do adaptation from our own funds and with the little funds that we have been given under bilateral agreements, but there is a big gap not only for Tanzania but the whole of Africa… The developed countries have to be transparent on financing.”

She went on to say, “we do need to look at what Africa can do differently… For us to have a just, equitable and inclusive transition, I think it is important for Africa to take a seat at the table and say, yes, we deserve to have this transition space for gas.”

Dr. Songwe also noted that “if we (Africa) were to double our energy generation, which means every African will have access to electricity, we would increase global emissions by 1%. However, by increasing global emissions by 1%, we can then move to the multiplication of solar and wind investments by 38%. As we do more of the 38%, we would be doing less of gas.”

The event was moderated by Kamissa Camara, Director of External Affairs & Policy, Africa, Tony Blair Institute for Global Change. There were also other virtual attendees.